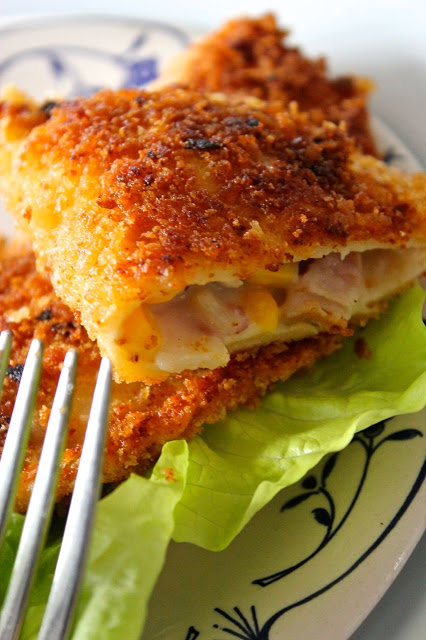 Shrove Tuesday takes place 47 days before Easter Sunday. Because the date of Easter Sunday is dictated by the cycles of the moon, Pancake Day can occur anytime between February 3 and March 9. In 2013 it takes place on February 12 and I shall be making these crispy pancakes, an homage to the industrial foods that filled many an Irish childhood.

I was burdened for most of my young life by a mother who insisted on making every thing from scratch. As much as we kids wanted the shop-bought cakes, pizzas and convenience foods, we were forced to endure home made birthday cakes, bread and even yoghurt. Nowadays, my children are faced with the same problem, a cruel mother who denies them all the delicacies of the freezer section of the supermarket or the Disney-endorsed Petit Filous. As it turns out, the only thing that myself and the children missed out on was vast amounts of suspicious meats – horse, donkey, possum, bat or whatever they have been passing off as beef all this time. 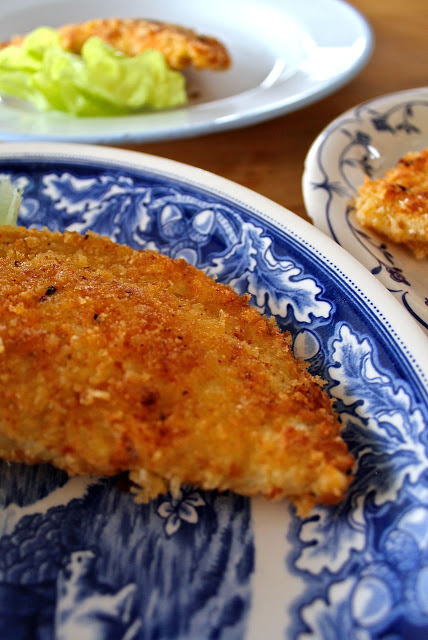 So this Mardi Gras will be marked by a homemade version of the positively revolting Findus classic – the savory crispy pancake. These I remember used to come in a minced beef and onion or chicken and sweetcorn flavor. I think there is a cheese variety and there was a curry one also, now defunct. There was some talk a few years ago of a lobster thermidor flavor which, if it ever happened, would be a terrible waste of lobster. We made it with a chicken and sweetcorn filling and it was a big hit. I won’t lie to you, although it’s incredibly easy to make, it’s not particularly time consuming and you will probably dirty every plate and pan in the kitchen. But as special treat, it’s hard to beat. A spoon of leftover bolognaise sauce would also be delicious but I think I will try a ham and cheese version tomorrow. (Ham from a pig!) 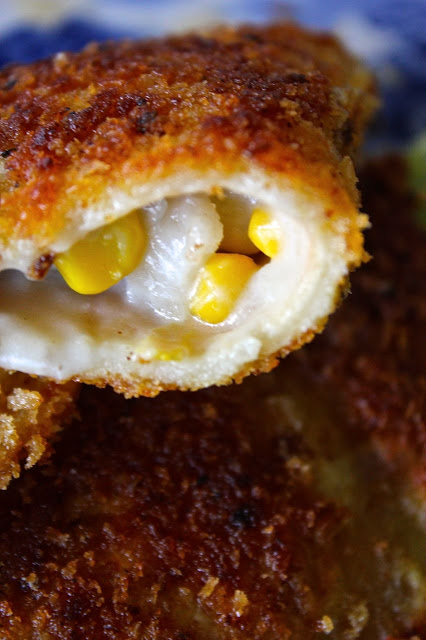 For the pancakes, put the flour and salt in a bowl. Break the egg into the centre, then start whisking it into the flour, gradually incorporating the milk. Keep adding milk and whisking until you have a smooth batter the consistency of single cream. Rest the batter in the fridge for 30 minutes.

For the chicken and sweetcorn filling, first melt the butter in a small pan over a medium heat. Stir in the flour to make a roux, then cook this gently for two minutes. Remove from the heat, add a good splash of the hot stock and beat until you have a smooth paste. Repeat with a little more stock, then a little more. Add the remaining stock in two or three lots, beating well with each addition to get rid of any lumps. Return the pan to the heat. Bring slowly to a simmer, and cook gently for a couple of minutes, stirring often, until thickened. Add the chicken, bacon, corn kernels, garlic and herbs and simmer for another five minutes or so, until the chicken is completely cooked. Season with salt and pepper. Leave to cool.

To cook the pancakes, heat a little sunflower oil in a small frying pan (about 15cm in diameter) over a high heat. Pour in a small ladleful of the pancake batter, immediately swirling the batter around to form a pancake (don’t make it too thin – these need to be a little more robust than your standard crepe). Cook for a minute or two, until the pancake is golden-brown underneath. Flip it and cook the other side for another 30 seconds or so. Transfer to a plate. Repeat with the remaining batter. (The first pancake will be a disaster – this is the law.)

To assemble, take one pancake and spoon some of your chosen filling on to one half of it. You only need a tablespoonful or so – don’t overfill the pancakes. Brush some beaten egg around the edge of the pancake and sprinkle on a little flour to form a natural glue. Fold the pancake over to make a half-moon shape, and press the edges to seal. 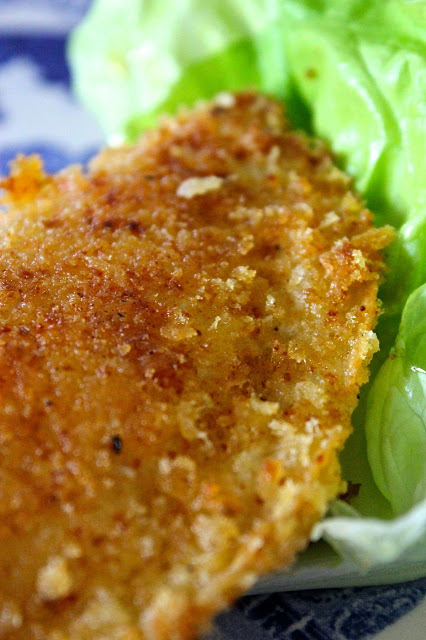 For final assembly and frying, put the flour in a deep dish and season well with salt and pepper. Put the beaten eggs in a second dish, then the breadcrumbs in a third. Season the breadcrumbs, if you like, with paprika and turmeric – not essential but it gives the pancakes their fake tan orange colour, which is large part of their charm.

Heat a 1mm layer of sunflower oil in a large frying pan over a medium heat. Fry the breadcrumbed pancakes a few at a time, for about 3 minutes on each side, or until golden brown and piping hot in the middle. Drain briefly on kitchen paper. Serve straight away.

About the Author
Hi! I’m Anne Marie (Amee to the inner-circle) Food writer and newspaper columnist. Kids books illustrator & amateur food photographer. Mum of two, wife of one. Living in & cooking from the West of Ireland.
Social Share
7 Comments

See what you’ve been missing…